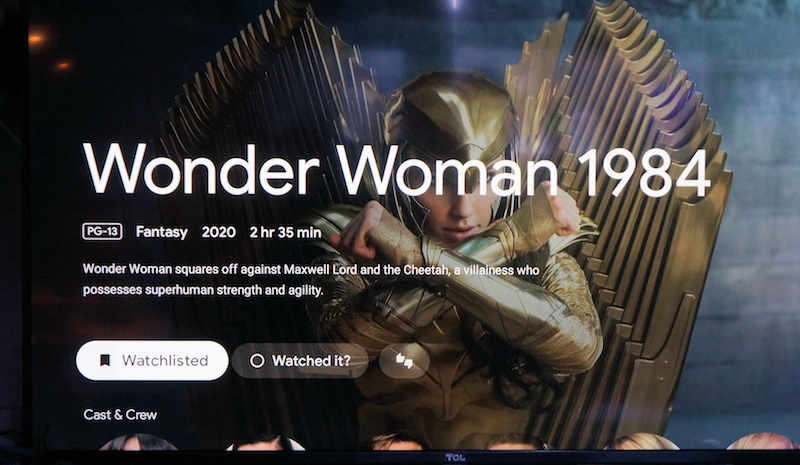 As of Thursday, December 17, HBO Max will be available on all Roku video on demand streaming devices, including both external streaming products and Roku TVs.

Since its launch in late May, HBO Max has been at somewhat of a disadvantage due to the inability for viewers to access it on some streaming devices.

It was available at launch through Smart TVs, Apple TV, and devices with Android TV or access to the Google Play Store, such as Chromecast, AirTV, Nvidia Shield, and Tivo Stream+. However, Amazon Fire TV and Roku users were left out in the cold.

Xfinity X1, Xfinity Flex, Sony PlayStation 5, and Xbox X are also adding the service, so HBO Max will now be available on almost all major streaming devices and products.

This is widespread access is critical to Roku owners given the announcement that Warner Bros. long-awaited Wonder Women 1984 will premiere on HBO Max on December 25.

With family gatherings or the ability to go out to a commercial cinema constrained by the impact of COVID-19 restrictions, this will now allow all HBO Max subscribers to stream what is expected to a hit title.

Looking ahead, the recent announcement that all Warner Bros. theatrical releases in 2021 will debut in the U.S. on the app, day-and-date with theatrical release, Roku joining the HBO Max roster is important to note.

Current Roku users who already have the HBO app will automatically upgrade to HBO Max and the same login credentials will remain valid.

It is important to note that non-Android-, Roku- or Fire TV-based smart TVs will not have the app update or availability at this time. Since there are still a few days left until Christmas, it isn’t too late to consider a Roku device as a stocking stuffer with HBO Max access, along with the other popular streaming device products.