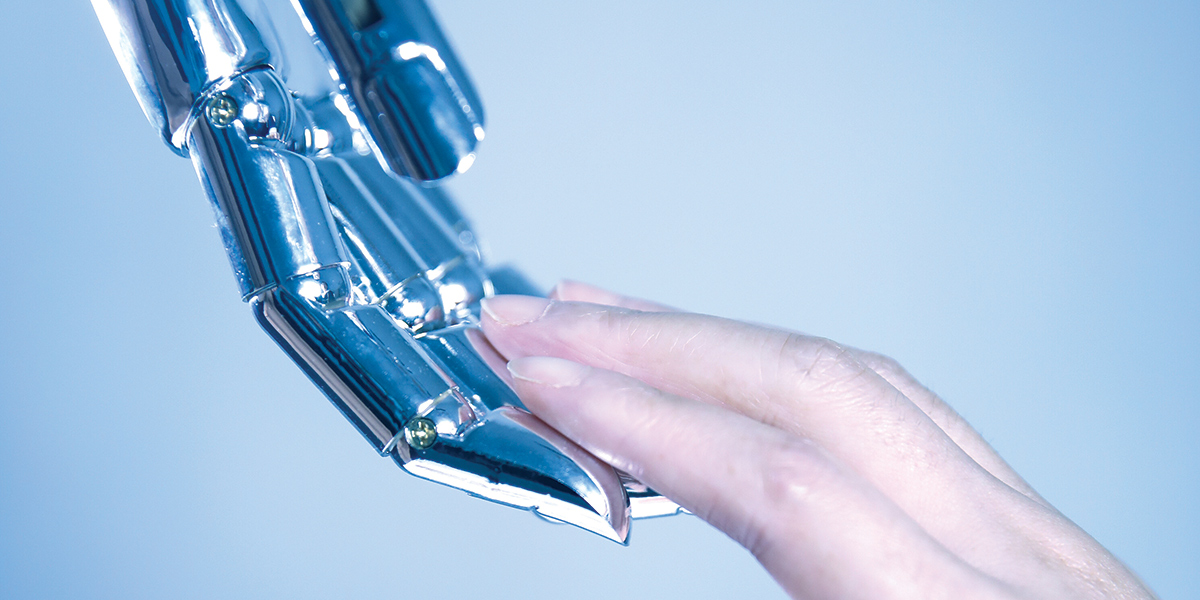 With the increased rise of robots, from assistive to romantic, humans will have to adapt and learn how these new companions will fit into our world.

In a blog post on Medium, Ian Bernstein, founder and head of product at Misty Robotics, claimed that “robots will become our friends, co-workers, and a part of our families.” It’s a nice sentiment, one that has been portrayed in sci-fi films galore and is slowly becoming closer to reality. But, however nice of a thought it may be, what would this implementation of robots actually look like in the real world? How exactly will robots become our friends and family members? Will it be like in A.I. Artificial Intelligence with robots programmed to love their human caretakers? Perhaps it will be like Her, where humans will fall madly in love with artificial intelligence only to discover that it can never replace the “real” thing. In a worst-case scenario, will robots follow the path of Ex Machina, becoming so sophisticated that they hone the ability to manipulate humans for their own gain?

There’s a growing comfort and intimacy being established between humans and machines. Companion or assistive robots are sprouting up everywhere: Temi, Pepper, Kuri, Hitachi, and many more. The curious thing about these bots is their personable descriptions. Temi is described as “the personal robot;” Kuri is “insanely cute with some serious technology.” While it may seem odd to give these assistive robots personalities, it makes sense from a communication standpoint. “It can be beneficial for a robot to design for personas and social interactions in some contexts because it can make human-robot communication efficient,” claims Dr. Julie Carpenter. In 2013, Carpenter received her Ph.D. in Learning Sciences and has since focused her research on how people interact with emerging technologies, specifically as it pertains to artificial intelligence and how it encourages or discourages trust and human emotional attachment. According to Carpenter, robots need to be socialized in some way in order to have efficient communication with humans. “Robots that communicate in ways we recognize as humanlike (or even animal-like) can also build trust in the user for collaborative tasks because it appears to indicate a certain level of intelligence,” she explains. Without efficient social interaction, robots would not be able to collaborate with humans on functional levels.

On the other hand, the question still stands as to how far is too far when it comes to robot personalities. Is there a danger to making robots too personable? Initially, especially as this technology is continuing to develop and improve, there is a risk of investing too much trust into these machines. As Carpenter explains it, “A danger to that perception about implied intelligence is people can also over-rely on the technology because they misjudge exactly how smart, nuanced, or capable the robot really is at carrying out tasks.” This will likely be a common problem as more robots enter the market and consumers slowly learn their capabilities. Of course, as of right now, these dangers are low stakes, especially with the relatively low capacity of tasks that the standard companion robot could fail at. Failure in retrieving the morning paper might act as a slight annoyance, but will leave user’s day, and life, relatively unaltered.

Moving forward, what happens when robots expand out of performing simple, everyday tasks? Acting as friend and family is a much deeper and more complicated task than playing music or answering the phone. Already, there are well-developed sex robots which look and feel like real humans. With the right AI in place, it wouldn’t be far fetched to assume that these romance bots could soon become full-time partners, providing not only physical intimacy, but emotional as well. There are some who believe that deep, intimate relationships with robots could have adverse effects on human-to-human relations. While there may be a learning curve, however, Carpenter believes that humans will learn to compartmentalize their relationships with robots:

“I don’t believe that social and/or sexualized robots are any existential threat to human-human relationships. Robots we treat in social ways will have many emerging roles to people, such as co-worker, alternative social outlet, medium for communication between people, stand-in for someone at a geographical distance, or even as an advanced sex toy. Those interactions are all deeply personal and emotionally intimate. Combined with our tendency to attribute humanlike aspects to robots, this means that culturally we will have growing pains while we figure out how to regard these technological systems that will be so entwined with our lives.”

Although it may be a slow process, eventually robots would carve out their own space in society. Just as one might treat a coworker differently as compared to a spouse, or how a child may treat a nanny as compared to a parent, people would ultimately learn how to interact with robots and treat them according to their established social stature. But of course, there is still an underlying issue here, one that many robot-based movies have explored: love. Especially with the prevalence of romance robots, it may not be long before the first human-robot love story hits the news. Following that progression, soon thereafter there may even be citizens lobbying for legal human-robot marriage. Carpenter shared her thoughts on this development, saying, “While in the next ten years it may well be seen as an aberrant social behavior to want to marry a robot, perhaps fifty or one hundred years from now, it will become a more socially acceptable option, and even legalized and accompanied by relevant laws.”

However, there are still many questions that only time will answer. As Carpenter poses them, “Will those types of physically and emotionally intimate human-robot relationships pan out over the long-term for the human in ways they expect or anticipated (e.g. “happily ever after”)? Will people develop a new set of expectations about human-robot relationships and therefore society will adapt definitions of love or romance that are unique to these relationships?” These are just some of the questions that will be answered as humans start to learn how robots fit into everyday life. With only a large handful of robots on the market today, however, it may be some time before society begins to broach these ethical questions. If emotional intimacy becomes programmable, how will that change society’s perspective on love? Carpenter, though, believes that humans will learn and adapt to this new social landscape: “I think in order to navigate these ethical issues, we’ll see society at large evolve to accommodate many types of relationships with robots where we sometimes treat them like tools, or something pet-like or even human-like, and those categories will be further parsed out socially so we have certain behaviors, expectations, customs, and laws about our interactions with them we base on factors like the jobs they do or the context we use them in.”