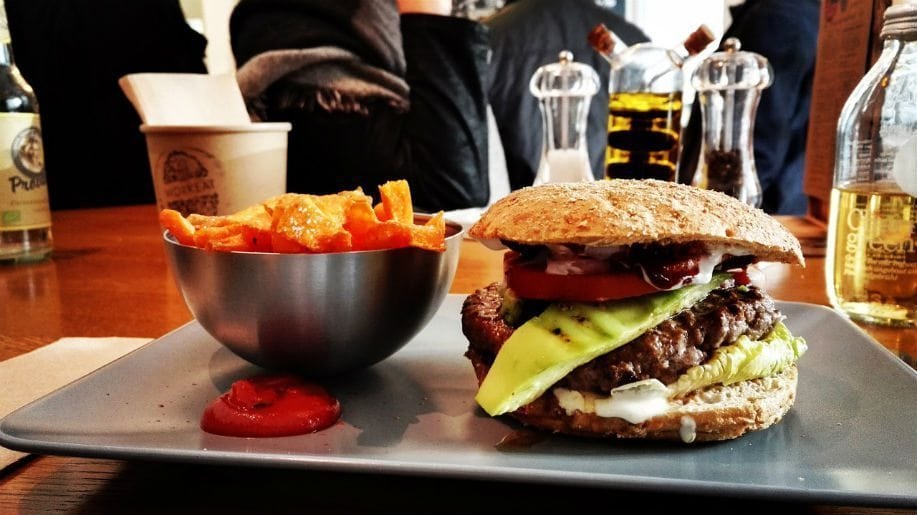 We’re increasingly relying on tech to manage our everyday lives. From getting us up in the morning to switching on the heating when we’re out of the house, there’s no denying that our devices are making our lives easier. When it comes to cooking, we’re used to kitchen gadgets that gather dust at the back of a jumbled cupboard, or restaurants with conveyor belts. However, we take for granted that a lot of love and soul goes into great food. Even at McDonald’s where the cashiers have been replaced with screens, the burgers are still assembled by people.

This year the tech boom is taking over the culinary industry, but can robots match up to the real deal? When you’re out, do robots compare to real chefs, even when it is an exquisitely clean open kitchen? Does it even matter if the chef has a pulse? Does it really take a human touch to make the best sandwiches?

You might have seen the videos of people making interesting designs with pancake batter, but PancakeBot takes it one step further. You can watch the robot piping your desired picture on your pancake while it cooks on the hot griddle. PancakeBot will set you back around $400, but it’s worth it for the picture-perfect pancakes right? While you’re promised interesting designs, you’re not promised perfect batter, so it might be better to order some fluffy buttermilk American pancakes from Deliveroo, and save the $400 for a holiday.

Japan is renowned for its quirky tech inventions and fast food. The country is also known for sushi, a dish which requires an artisanal touch and years of expertise to perfect. While it is claimed that the first sushi robot was built in 1981, the newest of sushibots can make an impressive 3,600 pieces of sushi per hour. You might think that robotic sushi is reserved for the supermarket standard but Suzumo, the company behind the sushibot, claim that in a blind taste test, customers couldn’t tell between hand-crafted sushi made by experienced sushi chefs and the sushibot. Perhaps it is the must-have gadget you never knew you needed.

Spyce is a new restaurant set to open in Boston later on this year. It is the brainchild of four recent MIT Graduates (The Spyce Boys), who together with Ivy League alumni and world-renowned French chef Daniel Bouloud, created the robotic kitchen. Everything at Spyce is conceived and tasted by Bouloud, who decided that the menu should consist of healthy grain bowls which are cooked in three minutes or less by an army of robot chefs. There are humans on hand to show you how the restaurant works, but for the most part, you’ll be eating great restaurant food, served by machines.

We often go out for dinner because of the artistry involved in making great food. However, with artificial intelligence making robotics more ingenious, it has become apparent that great food can be mimicked. This is where home rustic home cooking comes into play because as much as they try, robots find it really difficult to make a mess.