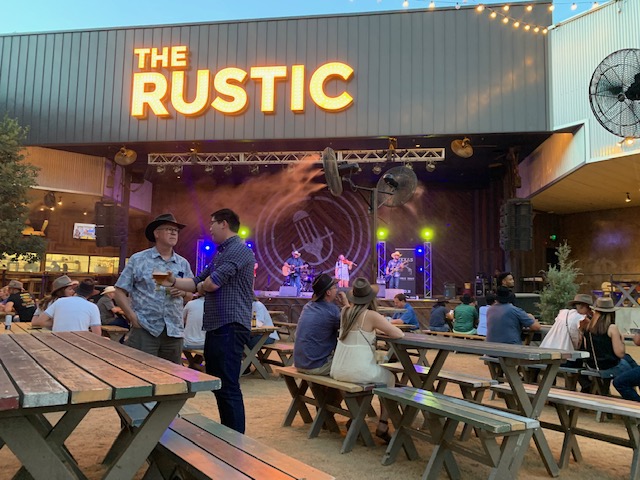 ProSource does things a little differently at its member meetings, including the annual Spring Meeting, which was held at the La Cantera Resort and Spa in San Antonio May 16-20. 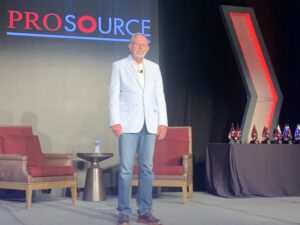 Sure, the event kicks off with a traditional welcome party the night of the first travel day, a golf outing the following day, and another dinner held off-site a restaurant called The Rustic (where we all received custom-fitted cowboy hats of various colors and styles) on the first real day. But only after almost a full day of educational sessions on Day 2 does the audience receive the group’s state of the industry introduction to the conference. That was when ProSource chairman of the board Walt Stinson got everyone’s attention when reciting from memory the immortal opening line of the Charles Dickens novel A Tale of Two Cities, “It was the best of times, it was a worst of times.”

All respect to my friends in the industry that I’ve covered for the past 25 years, but I can probably count on one hand the number of people who would consider quoting classic literature to start a buying group meeting.

Stinson, the founder of AV specialty retailer Listen Up in Denver, CO, followed up his recitation of Dickens by acknowledging that while the world has been experiencing upheaval like no other time in most of our lives, that the residential tech integration business had experienced two of its best business years on record, due to increased investments in home environments and availability of disposable income.

“We are the fortunate ones,” Stinson said. “Technology is the hero of the pandemic. We have made it possible for people to escape the pressure of life…”

That being said, Stinson also warned that this “situation” could be changing, due to high interest rates, a “proxy war with Russia,” and the end of pandemic spending. And, although he considers the industry to be in better shape than at the times of prior downturns (“not as leveraged as we were then,” the financial system in better shape, the folks in the room he was addressing are members of a strong buying group that didn’t exist really at the time of the last major recession), the industry should brace itself for tougher times ahead.

Stinson wasn’t gloomy about the future, however, noting the opportunities that still remain. As a member of the “largest trading group in consumer technology industry,” he feels somewhat more secure in handling future challenges, which he credited to the ProSource board of directors and to the group’s CEO Dave Workman for setting the agenda.

With that, Stinson introduced Workman, who was making his first public appearance since suffering what he called “a health incident,” in September. Workman had slimmed down considerably (~60lbs) and was as mentally sharp as ever in his message to the room full of Power and PRO members at the invitation-only event.

“Now more than ever we need to commit to each other,” Workman said. “Commit to working on your business and planning for the future. Explore everything that ProSource has to offer. Unless you make the commitment, you can’t fully succeed.”

Echoing Stinson’s message, Workman warned of a slight slowdown in business growth rates but not a full recession. Supply chain will be fixed, he said, although many experts warn that that won’t occur at least until sometime in mid-2023. Acknowledging his need to step aside during his health scare last fall, Workman also proudly noted that ProSource proved to not be “about one person,” with his team “keeping the place running while I was out of commission.”

Workman introduced new ProSource president Jim Pearse in a town hall style interview, acknowledging their shared industry history and experiences. Pearse has more than 30 years of extensive retail experience, including Wireless Advocates, where he served as the president and CMO through 2021; Sears Holdings Corporation, where he served as COO and VP of consumer electronics; and Ultimate Electronics, spanning a variety of executive responsibilities from 1998, including the title of president from 2007 to 2011. 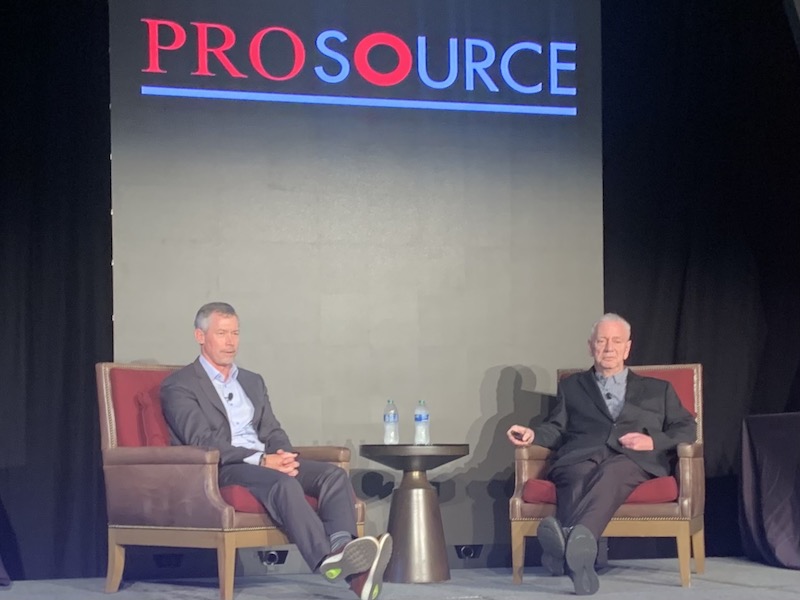 Workman also noted that the group will continue to grow organically and will continue education initiatives launched at the start of the pandemic, such as ProSource University, which has accumulated 450 training modules in only two years. But online learning is only part of the group’s training plans. They also launched an in-person lighting certification program and a lighting center in Dallas/Ft. Worth area, ProSource Academy last fall, and an increasing number of Level 2 classes to complement the entry level ones.

Although the Spring Meeting Power member meeting keynote from Charles Dougherty, vice president and economist for Wells Fargo Corporate and Investment Banking, was cancelled due to COVID, the remainder of the event featured a stimulating collection of roundtable education, business collaboration meetings, and peer-to-peer interactive workshops, networking events, and entertainment.

We learned that ProSource continues to expand on services that support members’ businesses. Based on their feedback, the ProSource HR Playbook will be launching, offering dynamic recruiting tools that will support how the group navigates the difficult labor environment. ProSource is focused on providing turnkey solutions to market job opportunities, ensure successful onboarding, and manage turnover. The HR Playbook session presenters included Brad Pilot, director of sales, CareerPlug, and Venessa Vasilakeris, director of training and customer service, McQuaig, who appeared via Zoom. 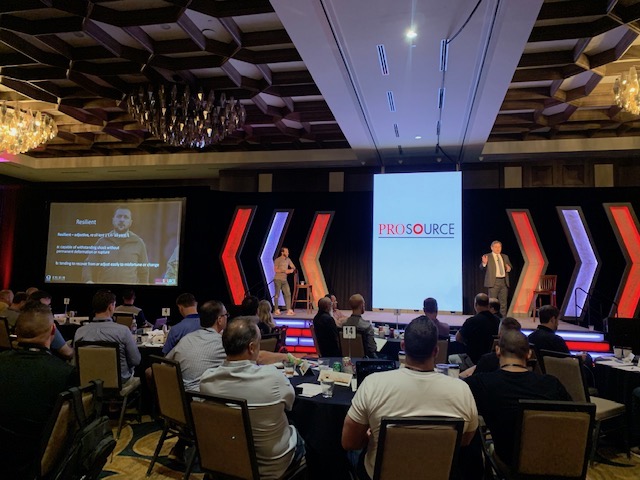 The schedule of educational content continued with “Future Proofing Your Business,” featuring Marc Fisher, president, Origin Acoustics, and Brent Sonnek-Schmelz, senior board advisor and general counsel, Origin Acoustics. The session was designed to help members take control of unforeseeable obstacles by being prepared with a succession plan for anticipating problematic issues, such as death, divorce, retirement, financing, partner disagreements, and market conditions. 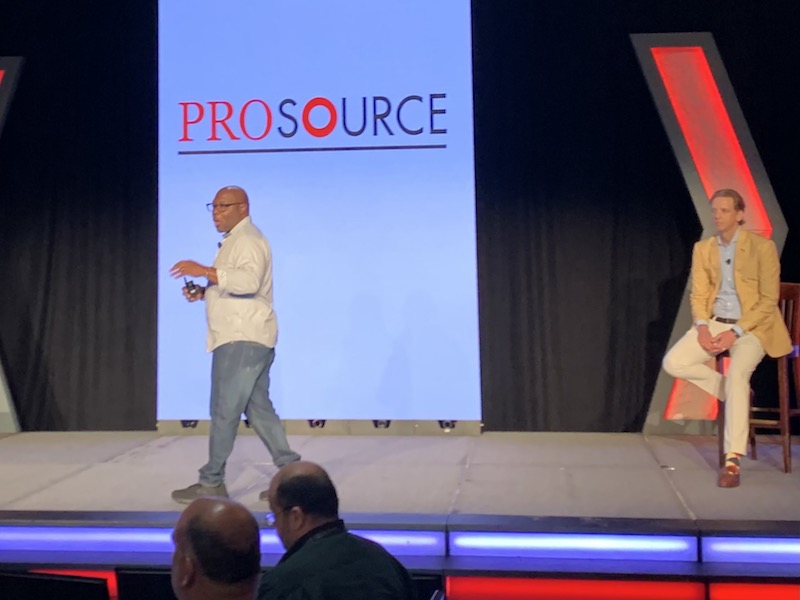 “Hiring and Retaining Rock Stars: How to Hire Employees for the Right Positions and Utilize Their Abilities Best to Retain Them” was presented as a lively roundtable workshop with Dante Walston, CEO, IntegrateU, and Henry Clifford, founder and CEO, Livewire. The two business leaders noted that the best way to ensure “rock star employees” remain aligned with business objectives and engaged is to hire the right staff from the ground up and provide an environment where they can thrive through challenges, feedback, and training. In this interactive session, members learned more about hiring and retaining rock stars and share their knowledge with their peers. The goal is for participants was to take home up to three great ideas to implement in their businesses.

Wrapping up the slate of compelling content, ProSource hosted the peer-to-peer “Solve my Problem” open mic session, moderated by Sherry Dantonio, senior director, education and member recruitment at ProSource. Collaboration to solve business problems is a core of the ProSource community culture, so this fast-paced forum enabled members to ask their peers for help with specific problems. 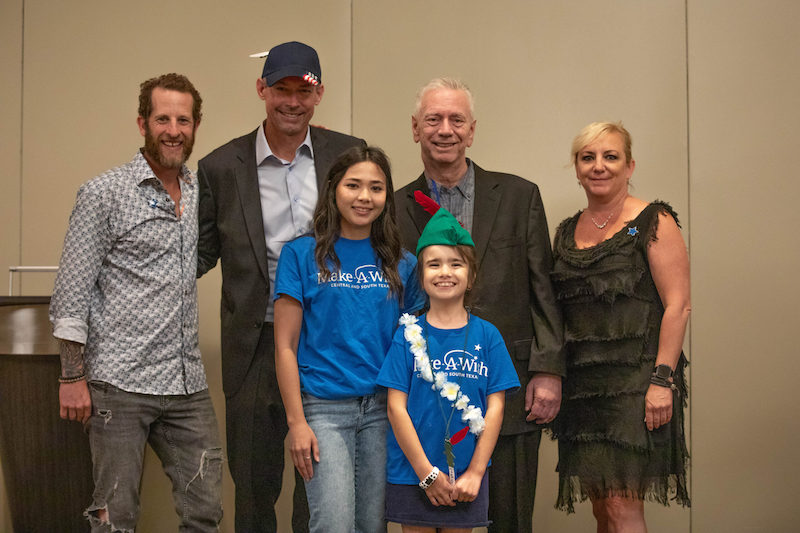 As a result of the fundraising event, $175,000 was raised by the organization for Make-A-Wish Central and South Texas. The total amount of donations exceeded the goal of making 15 wishes come true.

The ProSource event had challenged 15 sponsors to stretch their creativity with props, costumes, auctions and games to encourage the crowd of ProSource members and vendors to donate to their deserving “Wish Kid.” Origin Acoustic’s Marc Fisher served as the evening’s emcee and rallied the crowd to open their hearts and wallets, raising the grand total.

As for the dealer and vendor winners, PRO and Power level 2021 Member of the Year honorees were:

The 2021 Power Level Member of the Year:

ProSource members were asked to vote using the following criteria for selecting the Vendors of the Year:

The 2021 Vendor of the Year honorees are: