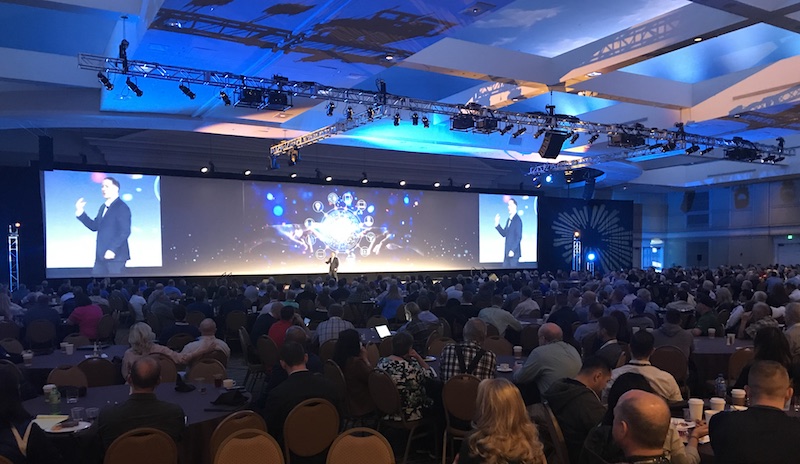 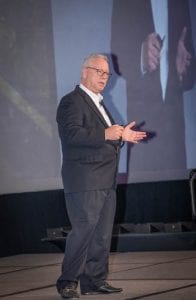 The two groups combine for a state of the industry address and on the Expo floor, for a uniquely diverse collection of products and services.

These topics supported ProSource’s overall message to members to “rethink your business,” with emphasis on becoming “better together” as business owners and through pursuing new technology initiatives.

ProSource CEO Dave Workman said that he wants the group’s members to focus on bringing “another level experience” with the products that they sell in their showrooms.

“You can’t just sit there in a conference room with a set of blueprints,” he said in an interview during the event. “With DIY products getting better all the time, we have to differentiate more and more, and you can’t do that by just telling people ‘stuff.’ You have to do it by showing.”

To illustrate that message, ProSource invited Harman to showcase its free-standing JBL Synthesis theater outside the Expo show floor and also announced its Dream Showroom giveaway, where one dealer will be selected for a $30,000 remodel of their showroom, done in HGTV style. At next year’s Summit, the group will show a before-and-after video and report results of the project that Workman hopes will serve as an example of what can be done independently by dealers or through the group’s services. 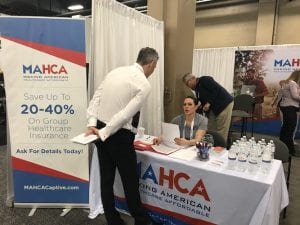 Through its healthcare provider, MAHCA Captive (Making American Health Care Affordable), the group hopes to sign up 5,000 insurable members to achieve a flat rate for all participants.

The Summit also provided updates on Workman’s two-year initiative to provide healthcare insurance to ProSource member companies. Through its provider, MAHCA Captive (Making American Health Care Affordable), the group hopes to sign up 5,000 insurable members to achieve a flat rate for all participants. The insurance is currently available to individual companies but not at the same savings that it will be once the target membership goal is achieved at mid-year. According to Workman, the group’s status as a not-for-profit association provides the structure to do provide this level of benefit to its members.

“We signed on as a staff of 13 employees, and we’ve saved 22 percent compared with our insurance through AVB, which is a very large group,” Workman noted. “We predict that our membership will have the ability to save from 20 to 40 percent of what some of our dealers are paying now on their own. It’s not a new concept; it’s just never been available to smaller dealers.”

The group also continues to emphasize the importance of investing in digital marketing, whether through member company One Firefly (owned by Ron Callis) or member-owned non-profit AVB Marketing. “Both have their strengths,” Workman said. “Ron is probably further vested in the CI channel because he’s been doing it longer, but AVB has tremendous resources, and they’re developing the capabilities for our specific channel. Our message to the dealers is, ‘We have a choice for you. Find which one’s the best fit for you and do something because you’ve got to get your word out there.’” 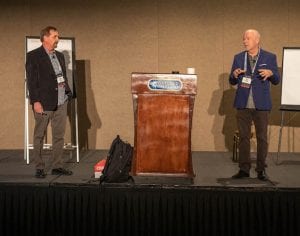 In the group’s town halls with its membership during the Summit, Workman encouraged dealers to “plug the holes in the boat” that have developed over these last “break-neck years of growth.” In addition to improved marketing efforts, the group brought in Steven Firszt and Paul Starkey to describe their business metrics dashboard and QuickBooks advisors who can help dealers emigrate their books over to a proven template and start running their businesses by a successful formula.

“We want to take our dealers on a journey of conforming their operation to what Steve and Paul have found to be successful and then start finding profit leaks and fixing them,” Workman added.

On the technology side ProSource updated members of their lighting initiative during the Summit. ProSource formed a 12-member committee six months ago that continues to explore the category and interview potential suppliers to provide support and education. Through that process, the group has added three new partners – American Lighting, DMF, WAC Lighting – which join other lighting-centric brands already in the group – Vantage, Colorbeam, and Coastal Source. The American Lighting Association was also an exhibitor on the Expo floor. 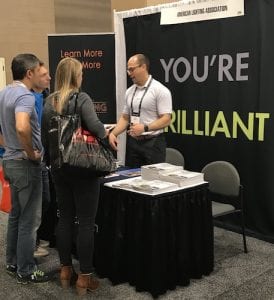 The American Lighting Association on the ProSource Expo floor

“I think we have the pieces now, but I want to put more definition around the category and work with all of those vendors to develop an FAQ on how to get started,” noted ProSource’s Vice President of Business Development, Andy Orozco. “When you talk to dealers and say ‘lighting’ it’s like saying ‘communication.’ It can go a lot of different places. So, we want to create a definition around it and develop a process. We’ve dedicated two staff members to be our category champions, and they’ll be going through certification with the American Lighting Association and continuing the search for other resources to help get the dealers up to speed with the category.” 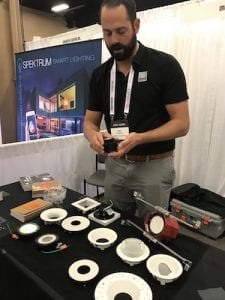 DMF is a new lighting vendor for ProSource members.

Workman calls ProSource’s committee structure their “secret sauce,” saying that they pick the “best and the brightest” to serve on monthly calls and in-person visits with vendors. “They tell us what they want or need, which makes our job a lot easier, particularly when we’re developing programs,” he said. “Typically, we have someone who is very large in the category or with a vendor, and it allows us to determine if a vendor is bringing the right level of program to our membership. They challenge it openly. If it’s not the right thing, they tell us. A lot of times you don’t know what you don’t know.”

All this work comes down to preparing for the next economic downturn, whenever that may occur. “We’re not saying [the economy] will slow, but if it does, we want our dealers to be ready and prepared and make sure they are using their time wisely to make their business better,” Workman said. “We set limited objectives and initiatives for them, mostly providing a continuation of what we started last year. Hopefully we’ll have another great year.”