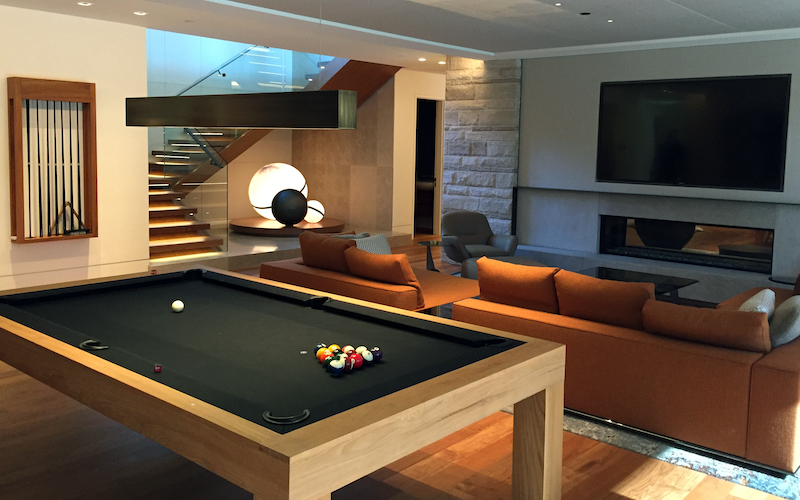 Richard Millson often seems like the smartest guy in the room. There’s a confidence, bordering on arrogance, sure, but he’s not one of those people who thinks he has all of the answers but turns out to be all bluster. Millson actually seems to know all of the answers, at least when it comes to running a custom integration company.

The CEO of Millson Technologies Inc. in Vancouver, BC, began working in the technology business while he was still in high school. In fact, he was so successful that he never graduated, and saw no need to attend college either. The remainder of his education was through the school of hard knocks… with a lot of CEDIA courses and manufacturer-led trainings as well.

These days, Millson is known for his mastery of the multi-dwelling unit (MDU) market, often being asked to speak with buying groups and other industry events on his systemized way of getting in and out of jobs, profitably.

We chatted with Millson to learn more about his background and to gain a little more insight into what has made him successful in such a specialized market.

Residential Tech Today: Tell us a little bit about how you got into this business and what sort of technical and/or business training has been critical for you as you’ve built your company over the years? 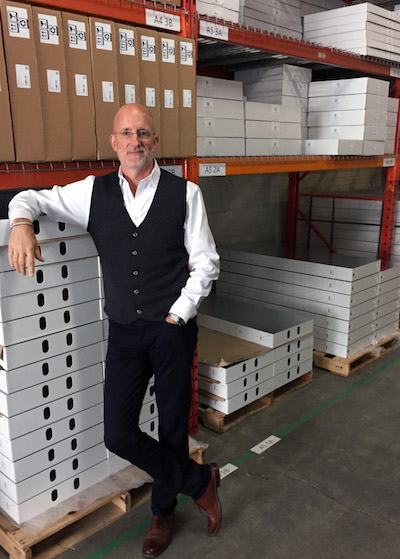 Richard Millson: Well, I actually started right out of high school. I was off for the summer, and it was 1978, so disco and dance clubs were all the rage. I ended up getting a job DJ’ing in a club and actually never went back to school.

I met other DJs and club owners and learned all about designing, installing, and servicing large commercial sound and lighting systems basically on the job. I met some folks who had moved to Vancouver, and they had worked in New York and other large cities building some of the largest night club sound and lighting systems in the world at that time. So, one of those folks and I formed our first AV company, again concentrating on commercial installations.

We did restaurants, clubs, clothing store chains, conference centers, hotels, etc. It was a great way to prepare for the work I would eventually take on in the large residential systems we do today. In terms of training, I cannot even count the number of industry and manufacturer trainings I have been through, as well as taking dozens of CEDIA courses. But, starting as we did in the commercial space really taught me the importance of process, documentation, standards, and so on, and we have worked very hard over the years to implement all of those in our residential business.

RT Today: How do you think the technology integration business in Vancouver, where you’re based, is different from and similar to major cities in the U.S.?

Richard Millson: The first thing that comes to mind is the number of MDU towers on our skyline. The world first took notice of Vancouver in 1986 when we hosted the World Expo. That really put us on the “map,” in terms of being recognized as a desirable and world-class city to live in. Following that, there was a massive expansion of MDU development on the lands that were used for the Expo. The same thing happened again when Vancouver hosted the Olympic Games in 2010.

Basically, Vancouver has become a highly desirable destination for the world’s wealthy, and the building of luxury real estate projects has reflected that, not just in MDU projects but in the large number of very expensive private homes and estates that continue to be built. It is not unusual for a large single-family home project to have a build budget of $20M or higher, not including the land, which could easily add an additional $5 to $10M.

That said, what makes Vancouver unique compared to other cities is just the sheer volume of MDU tower projects that have been and continue to be built, both in the downtown core as well as many of the suburbs, now. That is why we have concentrated on developing systems and methodologies designed to work in these kinds of fast paced and highly complex projects.

These projects are very fast paced, so I recognized early on that if we wanted to participate, we would not be able to apply the same kind of approach you might use for a single-family-home project, even a very large one.

RT Today: You’re highly respected in the industry for your systemized design and installation process. Why was that approach so essential on MDUs?

Richard Millson: The trades in Vancouver have been building towers for over 30 years, so they are fast. They pour a concrete floor in one of these projects every four to six days, and they will not wait for anyone, including us. Fortunately, we’ve been doing tower projects for almost as long as they have, so we know how to keep up with the pace of construction, and we haven’t missed a deadline yet, after almost 25 consecutive tower projects.

In the time it takes to finish a large, luxury single-family project, these projects will build and finish 300 homes or more. It’s just that they all happen to be stacked on top of each other. So, I knew we had to be many times more efficient in order to keep up with the increased pace. I understood from our commercial experience that the only way that was going to be possible was to create and adhere to a very standardized way of designing, documenting, prewiring, and commissioning our work, so that’s what we did. It has taken years to create, try, adjust, and retry all of the standards, best practices, methodologies that we have, but I cannot imagine trying to do what we do any other way.

RT Today: What advice do you give other integrators who would like to attempt what you’re doing from a systems-design and project management perspective?

Richard Millson: I’ve had this discussion with many integrators over the years, and I’ve even taught several courses to explain not just what we do, but also the many significant benefits of our process. Many of them appear to understand and are even excited to try to implement what we have. But, the mistake I often see is that, in their excitement, they jump in the deep end and try to change everything within their organization all at once. Human nature being what it is, people don’t often react well to large amounts of change all at once, so my recommendation would be to start small and work with the key folks in the organization to create and implement standardization in one small part of the business first. Once that is running smoothly and folks see the benefits, they will be much more open to attacking other parts of the business, as well.

RT Today: What do you like most about being in this industry and what do you find most frustrating?

Richard Millson: Well, I think at my core I am a designer, because I really love solving problems with good, hopefully even elegant, design. So, over the years I have had a lot of opportunity to use design as a tool to solve the many challenges that arise in these types of projects. I would say that is one aspect I really enjoy.

In terms of what is most frustrating, it is the gap in understanding, or awareness even, between the products that manufacturers create and what we, as integrators, actually need to properly and effectively execute the projects we do. I’m not suggesting any malice on the part of the manufacturers, just that they seem to lack any deep understanding of how the products they are making will be used. You can see this lack of awareness demonstrated by the features and functionality they choose to include or omit. Again, it’s not that they don’t care; they just don’t have the knowledge, and that is probably because they don’t actually sell and install things. Their customer is the integrator, not the end user.

But, we as integrators are on the front line dealing with the clients, so when something does not work as advertised, we are the ones who end up having to pacify the end customer.

I just think there should be a greater effort to create good dialogue and an opportunity for direct, honest feedback. It’s up to integrators to communicate clearly what they need, and it’s up to manufacturers to listen with an open mind with the goal of making their products better.

RT Today: When you’re deciding whether to start offering a new product or technology in your projects, what are some of the most important criteria you consider?

Richard Millson: This is really important. We learned a long time ago that it’s a serious mistake to use a new product, any new product, in a client’s home without doing significant testing ahead of time.

We have a full testing environment in our shop that lets us create essentially any scenario that you might find on a real job site. We always bring in any new product we are considering and test it thoroughly in as many use cases as we can. If it meets all of our required criteria, only then will we consider using it in a real project. This is really important because a large part of our success is based on the fact that we standardize virtually everything we do, and that includes the products we use.

The last thing anyone wants is a large number of projects all using slightly different gear because the sales person or tech decided it would be “cool” to try out some new product. Over time, all that leads to is an install base that becomes a service nightmare.

We look for basic things like build quality and features, but also things like how easy it is to integrate the product with our control systems, good quality documentation, how accessible engineering support is if we need it, and, of course, we need to ensure there is enough profit in the product line to make it worthwhile for us to add it in the first place.