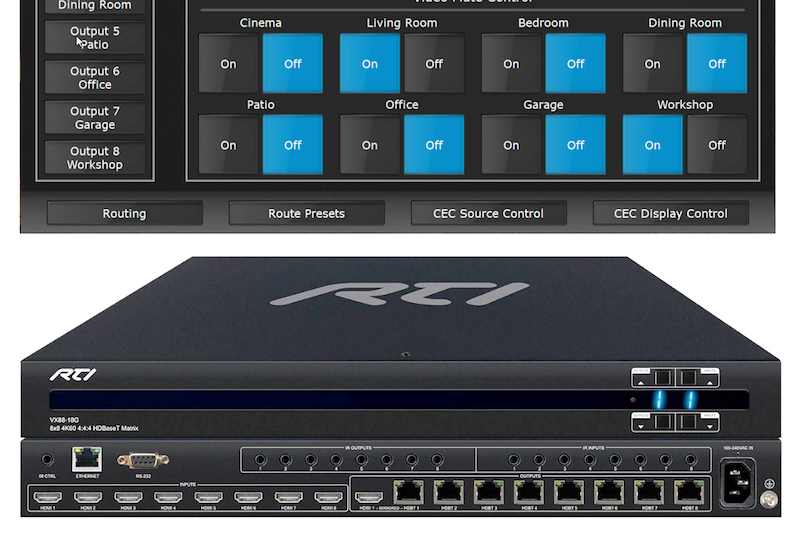 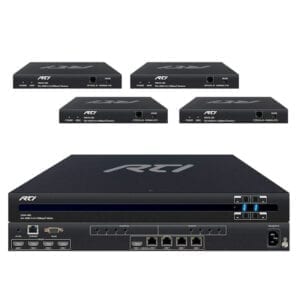 “They integrate natively within the RTI control environment, with the driver built into the latest release of the RTI Integration Designer APEX programming software to save time on every installation,” said Neal Ellsworth, RTI director of product management, AV. “For end users, control is fully within the RTI control system for easy and intuitive operation.”

The VX44-18G-Kit and VX88-18G matrices feature four and eight HDMI inputs, respectively, that can be independently routed to four and eight HDBaseT outputs. In addition, each unit offers a simultaneous HDBaseT/HDMI output. The devices provide video down-conversion for lower-resolution displays, while a web browser interface module offers simple configuration.

The matrices can be paired with the VXR70-18G receiver. The VX44-18G-Kit comes bundled with four, which features HDMI reclocking to resolve HDMI HDCP, compatibility, and handshaking issues, and supports IR pass-through to compatible HDBaseT devices. To simplify installations, the receiver is powered by the matrices via power over cable (PoC), eliminating the need for additional power supplies.