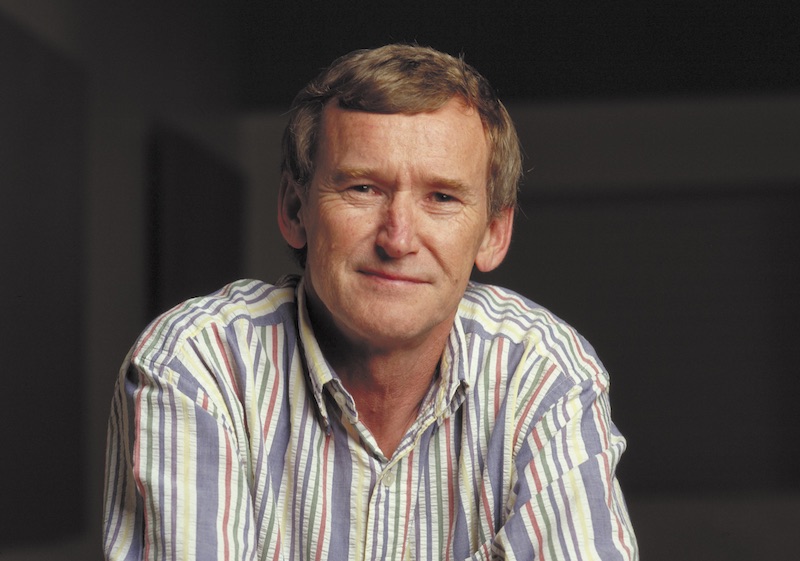 Allen Boothroyd, a renowned audio products designer and co-founder of Meridian Audio, has died at the age of 76.

Boothroyd’s path to becoming a legendary industrial designer began at the Royal College of Art in the 1960s, when few people knew what an industrial designer did. He always took great pains to explain that industrial design not only focused on a product’s appearance, but that it encompassed all the production engineering and mechanical stages required to take a product from concept to market.

Boothroyd was a talented draftsman, and for most of his professional life, his designs were produced by hand, with 3D visuals as well as detailed engineering drawings.

Inspired by his Meccano set, Boothroyd knew from an early age that he wanted to design mechanical objects. He went to Merchant Taylors’ school and then enrolled on a Foundation Course at Hornsey Art College. He went on to study mechanical engineering at Manchester University and from there, obtained a scholarship to study industrial design at the Royal College of Art in London. During his time there, he designed hoppers for moving books around in a bookshop, a hospital bed, a parking meter, and received a prize for his pushchair design. He was a great admirer of the designers and architects of the Bauhaus, notably Walter Gropius who designed the Dessau Art School, and Mies van der Rohe, whose adage, “less is more.”

After graduation, Boothroyd joined Hulme Chadwick and Partners, an architectural and design practice. His work there included the design of a new corporate identity for Bass Charrington. Together with Bob Stuart, an award-winning electronics engineer, he designed a pre-amplifier and power amplifier for a new hi-fi company, Lecson Audio, which earned them a British Design Council Award in 1974 and are included in the collections of the Museum of Modern Art in New York and the V&A in London.

After three years, it was time to move on, and he joined Cambridge Consultants Ltd. in 1972 to set up their industrial design division. One of his designs was an electric bicycle, awarded to the winner of the Prince Philip Designers Prize. Meanwhile, Stuart had also moved to Cambridge and together he and Boothroyd founded Meridian Audio.

At Meridian Audio, Boothroyd and Stuart designed, manufactured, and sold the entire product range themselves, with very little investment. The duo received their second Design Council Award for the company’s 100 Series in 1982. In 1986, a new line – the 200 Series – was launched and continued to be produced until 1993. It grew to include the whole range of domestic Hi-Fi, from CD players, radio tuners, pre-amplifiers, power amplifiers, digital-to-analog converters, and a range of multi-room components, all designed by Boothroyd and Stuart.

A series of active loudspeakers (with on-board amplifiers) was developed and brought to market in 1988. By this time, Meridian Audio had become known for its state-of-the-art electronics, distinctive design style, and corporate identity. In 1988, Boothroyd and Stuart were presented with their third Design Council Award by the Duke of Edinburgh, becoming the first design team to win this award on three occasions.

In 1991, Boothroyd founded his own consultancy, Cambridge Product Design Ltd, offering one-stop design solutions, which he ran from his home in Little Shelford. His designs included the BBC Microcomputer, Europe’s most successful educational computer of its time, a new class of loudspeaker for Canon, the first Patientline (providing a phone/TV/radio console for hospital patients), the Aga Masterchef range cooker, a coffee machine, timpani drums, and different types of loudspeakers for KEF, Celestion, THX, and Russound. He continued as design director of Meridian Audio.

Boothroyd’s semi-retirement provided time for him to indulge his hobbies: drawing and painting, tennis, golf, and music. From the 1990s, he would always bring his sketch pad on holiday and took pleasure in sitting in front of a historic building or view that captured his imagination. He was instrumental in the fundraising and design for a new village hall in Little Shelford and co-founded the Pavilion Art Group, helping artists to develop their skills. Listening to music was always an important part of Allen’s life – in particular classical, jazz, and popular music.

Diagnosed with advanced prostate cancer in 2018, the first thing he did was to buy a Porsche and book a holiday to Australia. Allen and his wife Judy celebrated their 50th wedding anniversary in 2019. He is survived by Judy, their daughter Emily, and baby granddaughter, Edie.