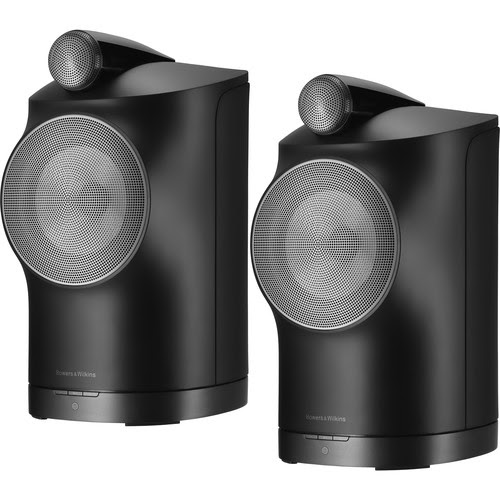 The name Bowers & Wilkins is synonymous with amazing sound quality. I couldn’t pass up the opportunity to test drive their new Formation Duo system last month. The self-amplified speakers are designed to work with streaming sources like TIDAL through the Bowers Home app or directly through technologies like Apple’s AirPlay 2. Would such a simple configuration sound any good? I simmered with anticipation.

Bowers & Wilkins products are known for their build quality and industrial design. The Formation Duo packaging doesn’t disappoint, delivering a minimalist and clean feel as the box opens up with each speaker individually packaged in a cloth drawstring bag. The user guide is straightforward, prompting the user to download the Bowers Home app and take things from there.

After plugging in each speaker to in-wall power and letting them power up, I fired up the app to finish the process.

Install and Configuration of the Bowers & Wilkins Formation Duo

The Bowers Home app launches and prompts the user to allow Bluetooth to find nearby Formation speakers while suggesting the best placement of each speaker (in this case, minimum two meters apart).

After finding the speakers and adding them to the app, I was prompted to label them and pair the system to our Wi-Fi network.

A simple screen popped after the setup finished suggesting next steps like linking to Amazon Alexa, streaming via AirPlay, using the Spotify app as a remote or just pairing via Bluetooth.

I decided to use AirPlay 2 via TIDAL and played a few tunes, including Tool’s Pneuma and Jack of Speed by Steely Dan. AirPlay 2 supports TIDAL’s Master quality recordings and the sound quality out of the Formation Duo speakers was nothing short of spectacular.

The low end of the Formation Duo was particularly stunning, producing frequencies that I’m used to hearing only when paired with a separate, 2.1 subwoofer configuration.

The self-amplified capabilities of the Formation Duo speakers are exemplified in their delivery of solid sound while also evincing the round, buttery tones for which Bowers & Wilkins is best known. I left the EQ flat, to minimize signal processing. In short, I was blown away.

The Formation Duo carries a suggested price tag of $3,999, and they are worth every penny. If you are looking for a bookshelf speaker set that pairs seamlessly with a smartphone or Alexa, then this is the one for you. The application for Formation Duo is unique, so it’s not a product for home theater or 2-channel listening with vinyl or analog sources.

These speakers are a streamer’s dream, and they do exactly what they’re supposed to do with no extraneous features. Kudos to Bowers & Wilkins for understanding the market and delivering a product like Formation Duo, catering to streaming audio listeners craving simplicity and top notch fidelity.