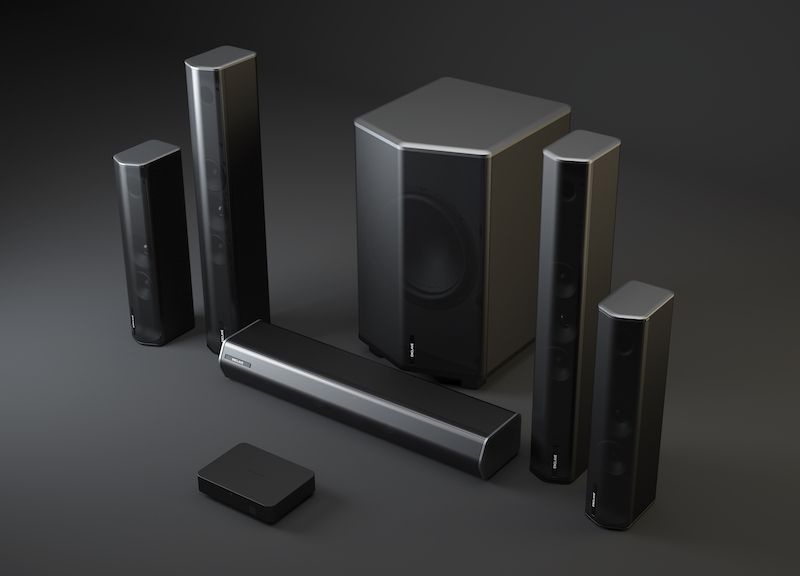 [Check Out: Dennis Burger offers a hands-on review of the CineHome PRO system]

With wireless audio technology and connectivity, a complete 5.1 CineHome system sets up as quickly and easily as a soundbar but provides the audio performance of a multi-channel surround sound system.

Designed to envelop the listener in a sphere of surround sound, each CineHome speaker system consists of three wireless front speakers (left, right, and center), two wireless rear speakers (left and right), and a wireless subwoofer. Unencumbered by the constraints of speaker wire, both the CineHome II and CineHome PRO surround sound speaker solutions feature quick set up. The systems pair and sync automatically to deliver a high-definition audio experience across a 360-degree field of true wireless surround sound by leveraging WiSA technology, a worldwide standard for high definition, multi-channel wireless audio. 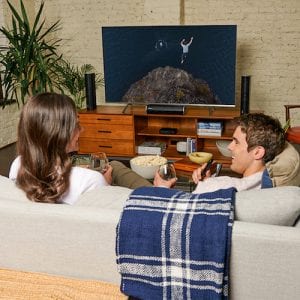 With WiSA compatibility, the CineHome II and CineHome PRO speaker systems can be seamlessly bundled with the Enclave CineHub or configured to work with any WiSA Certified transmitter or any WiSA Ready devices within the ecosystem including the 2019 LG OLED and LG NanoCell TV’s.

Not dependent on any external Wi-Fi, the new WiSA Certified CineHome surround sound systems operate on a discrete wireless network exclusive to the audio system which safeguards the speaker systems from latency, lag, or interference common with other wireless devices operating in the 2.4 GHz or 5 GHz frequency bands while supporting uncompressed 24-bit, 96kHz audio with extremely low latency and less than one microsecond of synchronization between speakers.

“Enclave is the first speaker company to bring the powerful combination of THX Certification and WiSA compatibility to a 5.1 wireless home theater system. Each year, we see video technology improve – from HD to 4K to 8K and beyond – but audio technology has been lagging. With the explosion of consumer access to multi-channel audio content, we are planting the stake to say our entertainment deserves immersive audio,” said Rob Jones, CTO for Enclave Audio. “We’re restoring the integrity of the home theater experience by delivering customers their favorite movies, shows, games, and music, the way it was intended it to be heard, without the complicated installation processes of the past.”