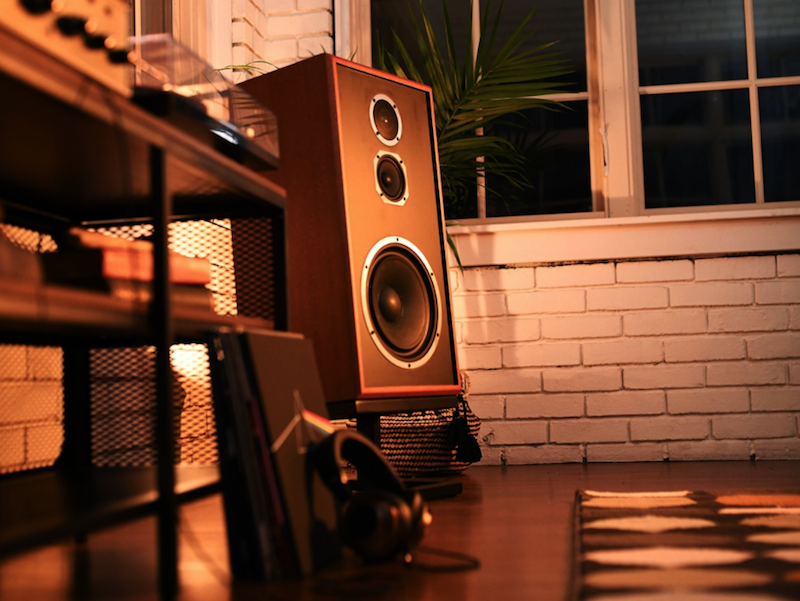 The KLH Model Five have finally started shipping, and I was lucky enough to get a shot at listening to the long-awaited reboot of the iconic floor-standing speaker a few months ago. My anticipation had been building for almost two years since they announced the resurrection of the KLH brand. Would they live up to the hype? I was about to find out. 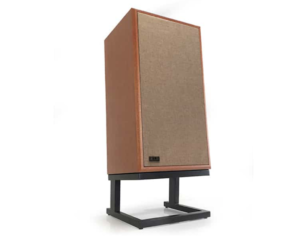 The AV world seems to be on a nostalgia kick lately, and the KLH Model Fives are no exception to this hot trend. They evoke visions of Mad Men and summon the emotions experienced while sitting in one of Herman Miller’s classic Eames chairs. Can we all say “Mid Century Modern” together?

They come in English Walnut or West African Mahogany in real wood veneers with accompanying custom magnetic cloth grille options in stone wash and old-world linen. The woofer construction itself is an acoustic suspension system pioneered by KLH’s founder, Henry Kloss, many moons ago. 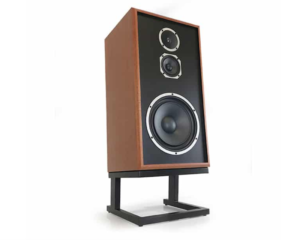 Each KLH Model Five also ships with a five-degree riser base, floating them just off the floor at a jaunty angle. The end result is a killer pair of retro speakers looking right at home in any well-appointed, hipster-inspired space.

Listening to the KLH Model Five

I started with Elbow’s song “K2” to get a sense of the KLH Model Five’s overall presence. The early part of the song filled the room, and I was struck immediately by a solid midrange and high frequency blend with a solid low end. 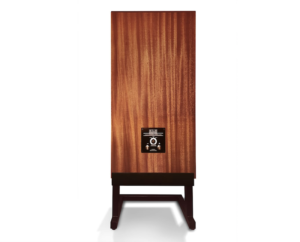 I continued along with Mark Knopler’s “Sailing to Philadelphia” and heard an impressive handling of the guitar solos and vocals. Finally, I wanted to hear how the low end fared. I cued up Muse’s “Madness” and listened carefully through the first 45 seconds of the song. This is one area where the jury might still be out for me as I listened to content from TIDAL streaming via AirPlay 2 to a Parasound amplifier. I kept wishing for a little more bass – the kind that would come from a dedicated active subwoofer.

The KLH Model Fives have been a long time coming, and they don’t disappoint aesthetically or acoustically. At $999.99 each, they’re affordable for a wide range of buyers and are a great way to step into better sound without breaking the bank. They also come with a 10-year warranty, boosting peace of mind and emphasizing the KLH commitment to service. If you want a pair, best of luck; they’re back ordered for the foreseeable future.

The Nureva HDL200 Makes Audio a Priority for Videoconferencing Systems