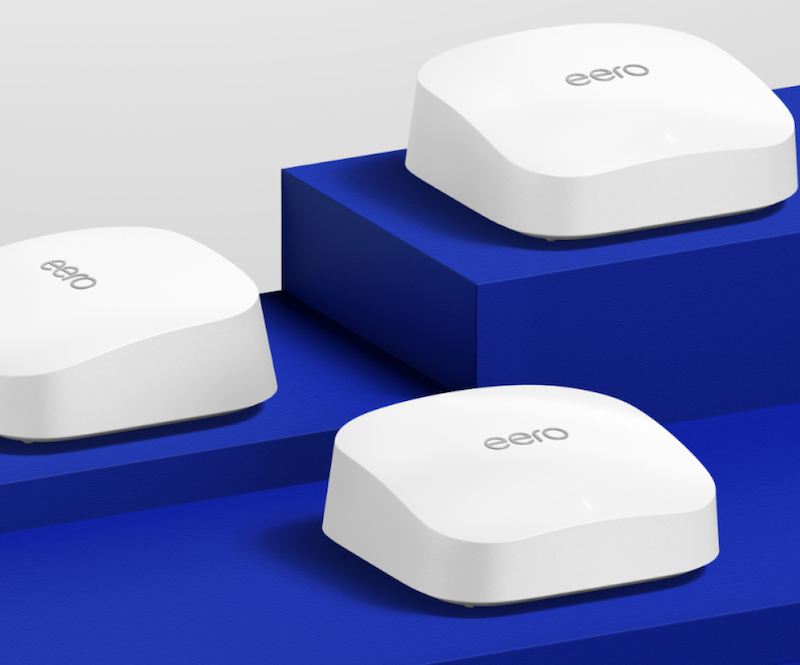 I can’t resist new shiny objects. Even though the Wi-Fi 6 standard just debuted less than 24 months ago, that may as well have been a decade in tech years. The new eero WiFi Pro 6E mesh network is a great example of this new phenomenon of incremental, but nevertheless meaningful, upgrades well before the previous generation’s hardware is dead. 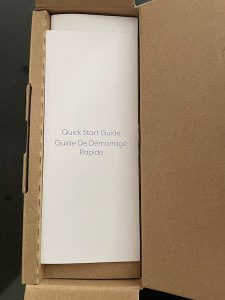 Brown cardboard rules the day with the new eero Wi-Fi Pro 6E system. I received three of these substantial-feeling white bricks for my evaluation and was assured that would be enough to cover up to 6,000 square feet. Each box contained a warranty card and quick start guide.

I began installing the new eeros around my house the same way I’ve done in the past. The eero app does a great job of asking whether it’s a new installation or replacement.

I worked from the outside in, unplugging the old eero Wi-Fi 6 Pro boxes and installing its big brother. Each swap went pretty seamlessly until it came to my main eero connected to the Verizon FiOS router. Because Verizon FiOS doesn’t work easily with another router, I had the eero setup bridged, leaving the FiOS router handing out IP addresses.

The app prompted me to unplug the old eero, which I did. A message popped up saying the network was down. This was the equivalent of pulling the rug out from under me. I didn’t really see a way to push a new network installation configuration through to this new eero without the old gateway eero still plugged in.

I called eero support. Brad picked up. Thank goodness nothing’s changed with eero support since its acquisition by Amazon. I’ve called in before, and these folks are amazing. No script-driven robots here, just A players who understand the hell out of eero and all its myriad configuration possibilities.

Brad and I chatted a bit and both agreed that the “self-pulling rug” method seemed a bit odd. What else seemed a bit odd, which I didn’t share with Brad, was that he perceived my situation as unusual. I can’t be the only person to experience this kind of thing. Nevertheless, we both agreed to a path forward.

I plugged in the third eero next to the gateway eero, named it “Family Room” as well and then swapped it with the old “Family Room” eero, which I then moved to the garage. After a few minutes of blinking lights and prayers, everything started lighting back up on the app. Phew! Brad let me know that the network needs to rebuild anytime the gateway is swapped, so I let that cook along for a few more hours as I started to run some speed tests.

I opened up the Ookla app on my iPad and started putting the new eero WiFi 6E Pro through its paces. I’d run a few comparisons before the swap to make sure I was comparing apples to apples. My “before” test showed 257/114 Mbps down/up with the “after” sporting 339/155 Mbps down/up. That’s roughly 25-percent improved performance over the Wi-Fi Pro 6. There aren’t many devices capable of the new Wi-Fi 6E standard, so my testing was limited to comparing Wi-Fi 6 performance from one network to another.

There’s something to be said for things that “just work.” The eero Wi-Fi Pro 6E is one of those things. It’s an amazing system enabling home users to get the most of their rated speeds they spend so much money on each month. Is this worth the jump from an Wi-Fi Pro 6 system? Probably not. Is it a slam dunk over your old Wi-Fi AC system at $594? Absolutely. We’ll continue to use eero networks in our installations and can’t wait to see what they deliver next.

Related: Find Out What Happens When Our Tech Pro Puts the New eero Pro 6 Mesh Wi-Fi Network to the Test