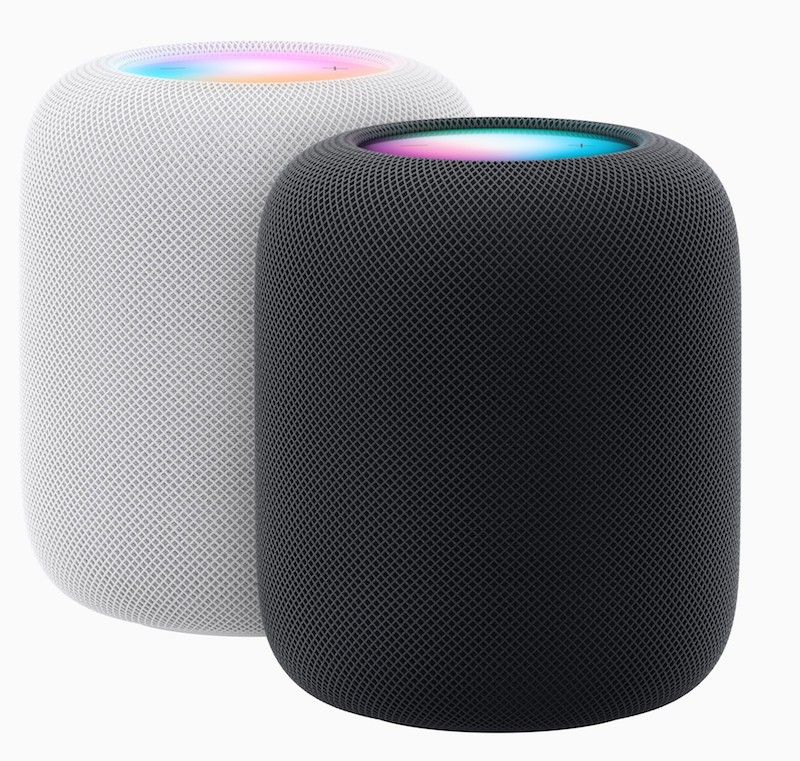 With the original Apple HomePod being discontinued almost two years ago, HomePod Gen.2 is as much a rebirth as it is a new product

With CES just concluded, one would think that we’ve seen more than enough product introductions for a while, but that appears not to be the case. So far this week Apple has announced both a new MacBook Pro and a new Mac mini. However, the introductions keep coming, as Apple has just unveiled a new HomePod. Unlike most other brands that add a suffix or a name change with new products, Apple simply keeps the same product name and news the new product as “2nd generation”.

With the original HomePod being discontinued almost two years ago (in March 2021), the new model is as much a rebirth as it is a new product. The general form factor and dimensions remain almost the same with the addition of midnight as a color made with 100 percent recycled mesh fabric.

The real changes are what is inside and what the new unit can do. The speaker array is comprised of a 20mm high-excursion woofer and a beam forming array of five tweeters around the base of the unit. The older A8 chip in the Gen.1 model has been updated to a new S7 chip which, along with other system and component design updates over the original version.

On the hardware side, along with the new speaker components there is a built-in bass-EQ mic and a sensor to measure and report room temperature and humidity. However, as is the case with many Apple products, the benefits come from what the product does under its software direction.

For example, on the audio side, the recognition of room reflections from nearby surfaces allows the HomePod to know whether it is freestanding or up close to a wall. Based on that, the beamforming array of the speakers may be controlled for better sound.

As has been the case for the HomePod mini and the original HomePod, two units may be paired for stereo and immersive sound, but with the caveat that both paired speakers must be the same. You cannot mix Gen.1 and Gen.2 models in the same system for stereo. You can, however, take advantage of all of the HomePods in system for multi-room audio and intercom. 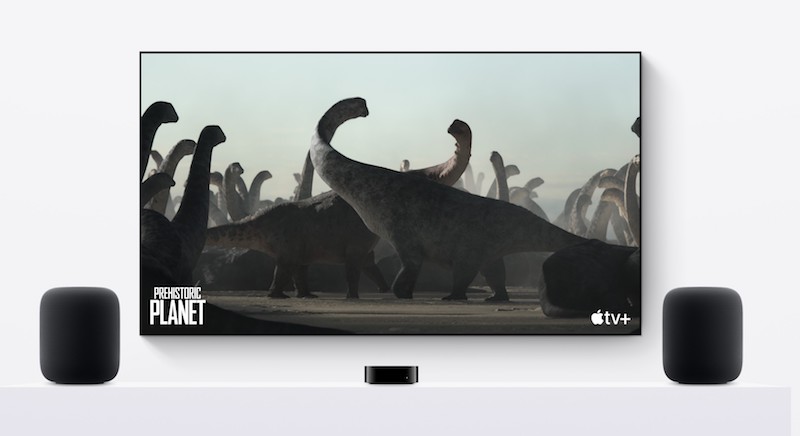 On the smart home side of things, Sound Recognition (coming as a software update later this spring) will be able to listen for and recognize smoke and carbon monoxide alarms and notify a user’s iPhone when detected. Siri command request capability has been enhanced with a new confirmation tone that indicates when a command is made to a device in another room or one such as a heater that may not be able to show a visible change.

Particularly given the attention given to Matter at CES, it is important to note that there is support for both Matter and Thread in HomePod Gen.2. This further expands the capability of the HomePod to function as a smart home hub for expanded device control and more inclusive control scenes, particularly when used with the latest Home app on iOS devices. Control of other compatible AV devices with eARC support is possible when connecting the HomePod with an Apple TV 4K (2nd Generation) that is running the latest version of tvOS.

The new HomePod Gen.2 is available now for preorder and will begin shipping on February 3. It will be interesting to see and hear both the improvements from the earlier model as well as how the new Apple speaker holds up in the marketplace along with similar first-party products from Amazon Alexa and Google Next as well as the many third-party products based on those two control and command systems. The race has restarted!